Have you ever dreamed of studying English in the UK and having the opportunity to visit lots of interesting places while you’re there? Stop dreaming, because it’s real! Cavendish School of English offers a variety of programmes for junior students full of excursions and activities. 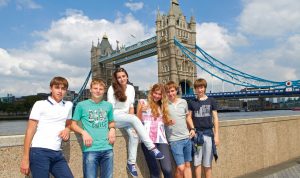 At Cavendish School of English, we believe that in order to learn the language properly, we need to offer something other than English lessons. Studying and practising is, of course, the main way to learn any language…but immersing yourself in the language is the best way to master it. It’s really important to visit an English-speaking country, see some iconic places, and learn about the culture – it really is the best way to learn!

At Cavendish, we have fantastic English Teachers, but we also want you to see some of the wonderful sights of this magnificent country. Because of this, today we are able to offer you more excursions and activities than any other language school in the popular British seaside town of Bournemouth, and we have our own fleet of vehicles to help get you around. And all at a very competitive price!

The excursion packages are designed to give you a deeper understanding of English culture and history through sightseeing and activities. Most of our excursions are accompanied by a fully qualified guide. Take a look at some of the places that Cavendish School of English will take you if you join any of our junior camps:

At Cavendish School of English, we want you to have fun. We know that when our students enjoy themselves, they learn a lot more, more quickly. Come and join us!