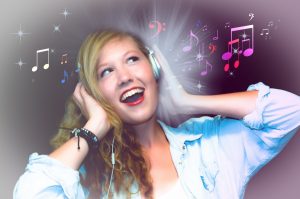 Music is a universal language. It cheers you up, makes you feel good, relaxes you…it’s great therapy for disconnecting from your daily worries. Music is fun, and if you really love listening to songs, you will soon find out that it’s a really good way to learn English. I know, sometimes it’s hard to understand the lyrics you hear in songs, but maybe that’s just because you haven’t tried this list yet! Play every video and you will be surprised by how much you can learn.

Have you ever dreamed about a perfect place? A lovely place where you feel at home? What about California? California Dreaming is a song by The Mamas & the Papas, released in 1965. It was written in 1963 by John Phillips and Michelle Phillips while living in New York, and was inspired by Michelle’s nostalgia for California.

I have to admit that I love this song. It’s been covered by lots of different singers so just choose your favourite and press play. With this song you will have the opportunity to review vocabulary about the weather and seasons. “All the leaves are brown, and the sky is grey…” Don’t be shy, just clear your throat and sing! 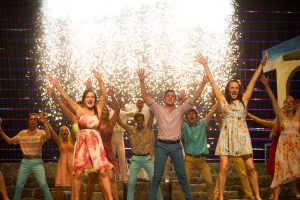 This song is one of my favourites from the Swedish group ABBA. It was included in the band’s fourth studio album Arrival, and shortly afterwards it was released as a single in August 1976.

If you have recently watched the movie Mamma Mia, you will know what kind of song we’re talking about. It has cheerful lyrics that will make you smile and dance. Why? Simply because “you are the dancing queen, young and sweet…” The words aren’t complicated; they’re easy to follow and catchy. Perfect to get stuck in your head, help you to learn new words and give you enough confidence to sing in English!

We jump to one of the music’s Kings: Elvis Presley. Always on My Mind is a song composed by Johnny Christopher, Mark James and Wayne Carson Thompson that was originally recorded Gwen McCrae (under the title of “You Were Always on My Mind”). Elvis Presley would later record the song on March 29th, 1972.

This song talks about love and you will learn idioms and love expressions. In fact, even the title is an idiom that means “I am always thinking about you”. Do you think it’s a real story? It sounds to me like Elvis was in love with someone who didn’t pay much attention to him. What do you think?

If you’re in love, this song is for you. Every Breath You Take is a song by the British rock band The Police, from the album Synchronicity (1983). Written by Sting, it became the biggest hit of 1983, topping the Billboard chart of the 100 best-selling singles for eight weeks, and was the band’s only single in that chart. It endures today as a signature song of both Sting and the band.

I think this one is a simple and easy song that you can learn quickly. It’s about someone who is madly in love and would like to be with this person forever and ever. Have you ever felt the same? Don’t be scared if you discover some idioms like “heart aches” or “lost without a trace”. Can you guess what these expressions mean from the context? 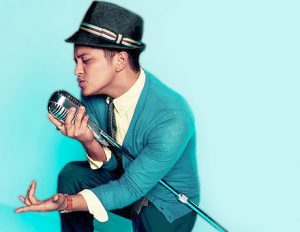 To finish, let’s pick something a bit more modern: Bruno Mars and The Lazy Song. It was released as the third single from his album Doo-Wops & Hooligans on February 15th, 2011. The song was written by K’naan and The Smeezingtons, who also produced it. The lyrics talk about spending a whole day “doing nothing”.

Everyone has had one of these days…but for you, it won’t be today! With this song, you will be sure to pick up some idioms and popular slang. Also, it’s a good chance to learn lots of vocabulary. It might be a bit hard for beginners, but try to catch as much as possible…it’s a great song, so I’m sure you won’t mind replaying the track as many times as you need to understand every single word!

Now turn the volume up, and enjoy your listening!