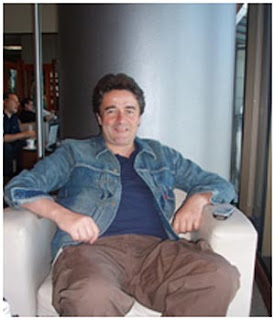 Simon Boxall was born in 1959. The Margin of Evil, is his first Amazon Kindle e-novel in the Georgii Radetzky series (1937). He is currently working on a second, The Red Star and The Crescent Moon. When he`s not writing, he can be found teaching at Cavendish School of English.
Georgii Radetzky finds the Moscow, of 1919, a city brimming with contradictions. On the one hand, tired after four years of war; Comrade Radetzky has nailed, and not without certain reservations, his colours firmly to the Bolshevik mast. Truth be told, and here`s the real nub of his dilemma, he`s not really one of them. Simply put, he’s a patriot. They need him as much as he needs them. But does he really need them? Moscow is city where yesterday’s friend is tomorrow’s enemy; you have to learn to survive, and fast, even if it means keeping your head down, well below the parapet.
It’s not long before one old friend decides to pay his respects. But is this a social call? Some might call Georgii`s little escapade a nightmare, others an Odyssey, but he doesn’t know this, nor does he really care. It`s a story that takes our reluctant hero back through time to the East London of 1910 and 1911; forwards, to Russo Polish war of 1920, and eventually back to Moscow. Old scores are settled, and new alliances are struck in the depth of the forest.
Along the way, Georgii Radetzky rubs shoulders with the great and the good. He meets the sickly Lenin; crosses swords with the treacherous Trotsky, and eventually falls under the spell of the ambitious Joseph Stalin.
It is a story of failed love and continual disappointment. 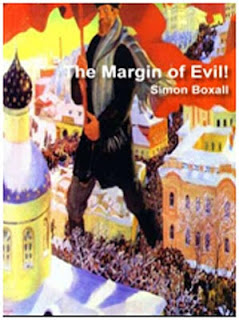 It`s a story of treachery and betrayal, at both the highest and lowest levels of power.
It`s a story of misplaced idealism, naivety and patriotism. Set against a backdrop of misery hardship and despair Georgii`s future looks bleak.
But the question everybody`s asking is this. Will Georgii Radetzky remain his own man, or will he sell his soul to the devil. Read on and find out how Georgii resolves this dilemma…!

You can find Simon’s book on amazon here