We know that not everyone celebrates Christmas and the New Year in the same way. Actually, it’s very interesting to find out what people normally do at this time of year. Although most try to spend time with their families, there are a lot of different and unique traditions in every country. Do you want to find out some curiosities about how people celebrate the festive period around the world? Here are five of them! 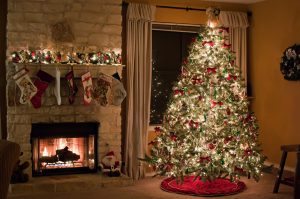 In Spain, it’s traditional to eat a grape at each stroke of 12 o’clock on the night of New Year’s Eve. It supposedly brings good luck if you can eat all of them at the same time as the clock chimes. The most popular place where the 12 grapes are eaten in Spain is called “Puerta del Sol”, in Madrid, from where the event is broadcast all over the country.

Another curious tradition is to wear coloured underwear. In Spain, the colour that brings you good luck is red. In other countries like Argentina, your underwear needs to be pink. Normally, friends or family buy underwear for each other as a present to start the New Year on the right foot.

In Germany, it’s a tradition to eat Berliner doughnuts on New Year’s Eve. A Berliner is a German pastry made of sweet, fried yeast dough and filled with jam. Germans also watch the popular British comedy play “Dinner for One”. Apparently, it has got a Guinness World Record for being the most repeated TV sketch in history! This television show has been broadcast each year since 1963 on German television.

“Santa” has different names, shapes and appearances around the world. In Russia, children are brought gifts by a person known as  Дед Мороз “Ded Moroz ” which means “grandfather of the snow“. He is always accompanied by his niece  Снегурочка ” Snegúrochka “, also known as the “snow maiden“. In other countries, Santa Claus looks very different to the picture you may have in your mind. One of our students from Switzerland told us that where he lives, the person who bring presents every Christmas is actually a woman. In some other Christian countries, the “three magic kings” are the ones in charge of bringing gifts to children.

In Poland, Christmas Eve is a day of abstinence from meat. Instead, on that day in most Polish houses, families eat beetroot soup, dumplings made of potatoes mixed with white cheese (called Pierogi) and a type of fish called carp.